Functional Neurology as Treatment for Multiple Sclerosis in Chicago

Chicago Neuro offers the most efficient and effective forms of treatment and rehabilitation for neurological disorders such as Multiple Sclerosis in Chicago.

Anyone in the US who is suffering from Multiple Sclerosis now has the option to seek scientifically proven rehabilitation and treatment in the country’s top Functional Neurology clinic conveniently located in downtown Chicago.

In order to understand how the practice of Functional Neurology can help treat symptoms of Multiple Sclerosis, it is crucial to first understand the problem. 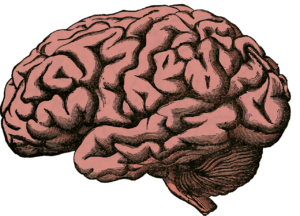 What is Multiple Sclerosis?

Demyelinating illnesses such as MS are defined as any condition in which the myelin sheath (the protective coating that surrounds nerve fibers in the brain, optic nerves in the brain, spinal cord, and peripheral nerves) becomes damaged due to inflammation. Common symptoms of demyelination diseases include:

Nerve signals slow down or even stop completely when the myelin sheath is injured or destroyed in this manner, resulting in serious neurological issues such as the symptoms seen in Multiple Sclerosis:

The immune system fails in MS patients, attacking the myelin sheath and the cells that make and maintain it. In essence, communication between the brain and spinal cord and the rest of the body’s nerves breaks down. This results in inflammation and injury to the sheath, as well as the nerve fibers it protects. Multiple scarring or sclerosis can arise from the process.

MS causes muscle weakness and other symptoms such as issues with muscle control and strength, vision, balance, sensation, and thinking as myelin is gradually destroyed.

Known Causes of Demyelination Diseases such as Multiple Sclerosis

What is Functional Neurology?

Many individuals are unfamiliar with the term “functional neurology.”

Functional neurology, often known as chiropractic neurology, is a method of evaluating and treating the central and peripheral neurological systems.

Functional neurology can be thought of as brain exercise in its most basic form. Training your brain will strengthen it in the same way that training your muscles will.

Treatment must be tailored to the precise portion of the brain that requires change, and treatment intensity must be kept within the brain’s metabolic capacity.

If the ‘weight’ of the treatment is not adequately monitored when working with frail or broken wires (neurons), it is simple to cause more damage.

Functional Neurology is a cutting-edge discipline of neuroscience that takes a fresh look at healthcare. To help you perform at your best, we challenge and enhance your sensory-motor systems while also engaging your brain and body.

Every part of the human nervous system serves a specific function or set of functions. Through rigorous testing, a Functional Neurologist can determine which areas of a person’s neurological system are weak and develop an appropriate treatment to improve the quality of how their nervous system functions.

Why is Neuroplasticity Important in Functional Neurology?

Neuroplasticity is an important concept in understanding Functional Neurology. Sensory, motor, cognitive, and emotional events can form or modify nerve connections in the brain, making them “plastic.” Simply put, your nervous system can be rewired by what you are exposed to.

The ability of the brain to reshape itself by generating new neural connections during life is referred to as neuroplasticity. Neuroplasticity enables brain neurons (nerve cells) to compensate for injury and disease, as well as adapt their activity in reaction to new events or changes in their surroundings.

Synapses are specialized connections that carry information from neuron to neuron in the brain. Presynaptic and postsynaptic terminals are separated by a synaptic cleft in a synapse between two neurons.

Small vesicles holding chemical neurotransmitters fill the presynaptic terminal, whereas receptors specific for these neurochemicals line the postsynaptic terminal. An action potential is an electrical impulse that starts at the cell body and travels down the axon to transport information in neurons.

An action potential at the synapse causes the release of neurotransmitter-filled vesicles in a voltage-dependent manner, transforming an electrical impulse into a chemical signal.

Because a neuron can receive synapses from a variety of presynaptic cells, each cell can integrate information from multiple sources before sending it along as an electrical code. Neuroplasticity is the ability of neurons to change the strength of existing synapses as well as generate new synaptic connections.

Neuroplasticity, in this sense, refers to changes in the strength of mature synaptic connections as well as the production and deletion of synapses in adult and developing brains. Similar mechanisms may also occur at peripheral synapses, where most of the pioneering research on synaptic transmission took place. In addition, after a central nervous system lesion, neuroplasticity includes the regrowth (or sprouting) of new synaptic connections.

While your brain was traditionally thought to be “fixed” or incapable of change after reaching full age, we now know that it is capable of tremendous change every day you live. Furthermore, a nerve cell can form synaptic connections with new neurons (synaptogenesis) and even expand to distant places (neuronal migration).

Functional Neurology, like blood circulation, promotes healthy neural system plasticity through optimal stimulation and fuel delivery. The goal of treatment is to not only protect the nervous system, but also to activate it so that it can thrive. We now know that even a neurological system that isn’t working properly may be healed, with often lasting results.

How can Functional Neurology treat Multiple Sclerosis? MS is a neurological illness in which inflammatory demyelinating processes in the brain occur. The brain acts in adaptive remodeling in order to compensate for the resulting deficits. Neuroplasticity in MS manifests itself in the following ways, according to studies of both motor and cognitive function:

Although such neuroplasticity has been regarded as compensatory in Multiple Sclerosis, not all of the changes seen result in functional activation modifications that aid performance. Functional rearrangement, which is linked to behavioral improvement, has also been linked to cognitive rehabilitation. Finally, it has been demonstrated that cognitive reserve, which reflects lifetime intellectual enrichment, protects against cognitive impairment in MS.

In disorders when adaptation to injury contributes to the maintenance or recovery of function, experimental and clinical investigations demonstrate that brain plasticity occurs. The majority of data suggests that greater neuroplasticity minimizes the overall impact of inflammation-induced damage and accompanies improvements in motor ability through practice and rehabilitation by adaptively rearranging those altered patterns in Multiple Sclerosis patients.

It’s critical to realize that neurological illnesses alter how the brain works. The selection of appropriate treatment alternatives is critical to recovery. Multiple sclerosis treatment begins with a thorough evaluation that includes blood tests and a thorough physical examination. MRI (magnetic resonance imaging), CT-Scan (computerized tomography), x-ray, and ultrasound may be recommended by functional neurologists.

The functional neurologist treats MS by using various rehabilitation treatments to stimulate the brain’s neuroplasticity processes. The concept of neuroplasticity entails creating the necessary stimulus to improve neural system performance and restore equilibrium in the affected neural pathways. This entails employing treatment and brain function rehabilitation to reorganize and change the networks and activities of neurons in order to form new connections.

Functional neurology treatment can help with pain alleviation and mobility, which can help people with these conditions improve their quality of life.

Functional neurology treatment methods and rehabilitation procedures may include:

Led by Chiropractic Neurologists Dr. Ralph DeStephano, Chicago Neuro is dedicated to providing the most comprehensive, up-to-date, and compassionate care for all of our patients who are suffering from neurological, metabolic, and structural ailments, whether a new injury, chronic conditions, or those who have been everywhere else, without improvement.